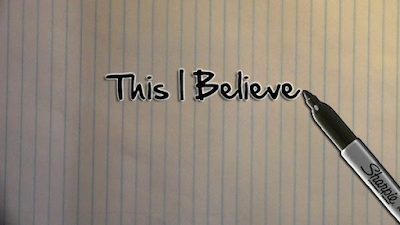 As we begin a new year, and I begin more frequent posting of my BOBSERVATIONS, I thought I would restate some of the things I seriously and sincerely believe.

+ First and foremost – in the history of our country no one single individual has done more damage to America, the American people, American values, and American democracy than Donald Trump.

+ Every legitimate “persuasion” – libertarian, conservative, moderate, and liberal – deserves to have its voice heard and considered in our political discourse.

But Trump does not represent any political belief or “persuasion”.  Trump represents only Trump.  And by embracing Trump and courting and pandering to his “cult” of followers today’s Republican Party represents only lies, racism, bigotry, hatred, and ignorance.

The “healing” of our nation does not include providing “a seat at the table” for the lies, racism, bigotry, hatred, and ignorance of Trump and today’s Trump-embracing Republican Party.

To be effective and successful a government needs both heart and head.

Trump and today’s Trump-embracing Republican Party have neither heart nor head.

+ Universal free access to education – from pre-school through college or trade school – and universal affordable access to health care results in a better and safer country and a more robust and successful economy.

Well-educated and healthy Americans make better citizens and voters and generate a better economy.  We have all seen the damage an “under-educated” voter can do.

I do not think of government subsidies providing free pre-school, college or trade school options and affordable health-care as “socialism” but as legitimate investments in the future safety and success of America and the economy.

+ While I acknowledge and appreciate the “good works” performed by legitimate organized religion and genuinely religious individuals, I truly believe that in the history of the world more evil than good has been done in the name of a god, God or religion – up to and including the oppression, repression and bigotry of the so-called “Evangelicals” of today’s allegedly Christian religious right.

Freedom of religion and the separation of Church and State are among the basic cornerstones of America, American values and American “philosophy”.  Every American has the right to worship and believe as he or she so chooses – or to choose not to worship or believe.  The government cannot force anyone to choose one religion and set of beliefs over another, or to choose any religion or beliefs.  No specific religion, sect or church can dictate government policy or legislation.

The specific religious beliefs of one religion, church or sect must never be legislated!

+ The 2nd Amendment has It has absolutely nothing whatsoever to do with the right of an individual to own and carry a gun.

The Amendment reads – “A well-regulated Militia, being necessary to the security of a free State, the right of the people to keep and bear Arms, shall not be infringed.”

“The Gun Lobby’s interpretation of the Second Amendment is one of the greatest pieces of fraud, I repeat the word fraud, on the American People by special interest groups that I have ever seen in my lifetime.”

“The real purpose of the Second Amendment was to ensure that state armies – the militia – would be maintained for the defense of the state.”

The Founding Fathers preferred state militias to a national army.  They were afraid of standing army, based on the experiences at the time in Europe, and wanted to maintain the authority of the individual state militias that had made up Washington’s Revolutionary Army.  They believed that “standing armies in a time of peace are dangerous to liberty”.

The state militias that existed in the time of the Revolution have since been replaced by state police, the National Guard and the US Armed Forces.  State militias no longer exist – so the Second Amendment is obsolete and has no application today.

(1)  All gun owners must have a valid license, which must be renewed every year, initially based on a comprehensive background check.

(2)  To get a license a person must pass a written test and a “practical” test. Gun licensees must demonstrate they know how to properly operate and maintain a gun.

(3) The minimum age for owning a traditional gun should be 18.

(4) Gun owners must have insurance similar to auto insurance.

We must title and tag each gun at point of purchase, and record the purchase in a local data base so law enforcement can know if a person is stockpiling an excessive number of guns.

And I believe no individual of any age has a need or a right to own and carry an assault weapon or an AK-anything.  It is not needed for hunting, target practice or protection.  The one and only purpose of an assault rifle is in its name – to assault.

+ The one and only purpose of the income tax system is to generate funds necessary for running the government.

The US Tax Code should not be used for social engineering, to redistribute income or wealth, to deliver social welfare and other government benefits, or to encourage or discourage certain economic decisions (other than savings, investment, and economic growth), or provide exclusive benefits for specific industries, business activities, or classes of taxpayers.

Your thoughts and comments?

ATTENTION TAXPAYERS!
START THE YEAR OFF RIGHT WITH MY -
2022 GUIDE TO TAX RETURN RECORDKEEPING 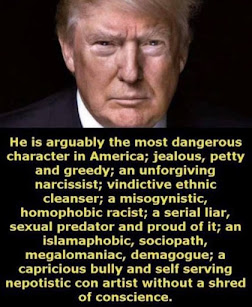